The PHERMELI Association is a non-profit company, established in 2019, by the artist Lisa Pentheroudaki. The name ‘Phermeli’ is a reference to the hand-made, embroidered vest worn by the Evzones.

The PHERMELI Association aims to highlight the cultural, artistic and national legacy of the Greeks, as well as to acknowledge the figure of the Evzone as a significant symbol in Greek culture. 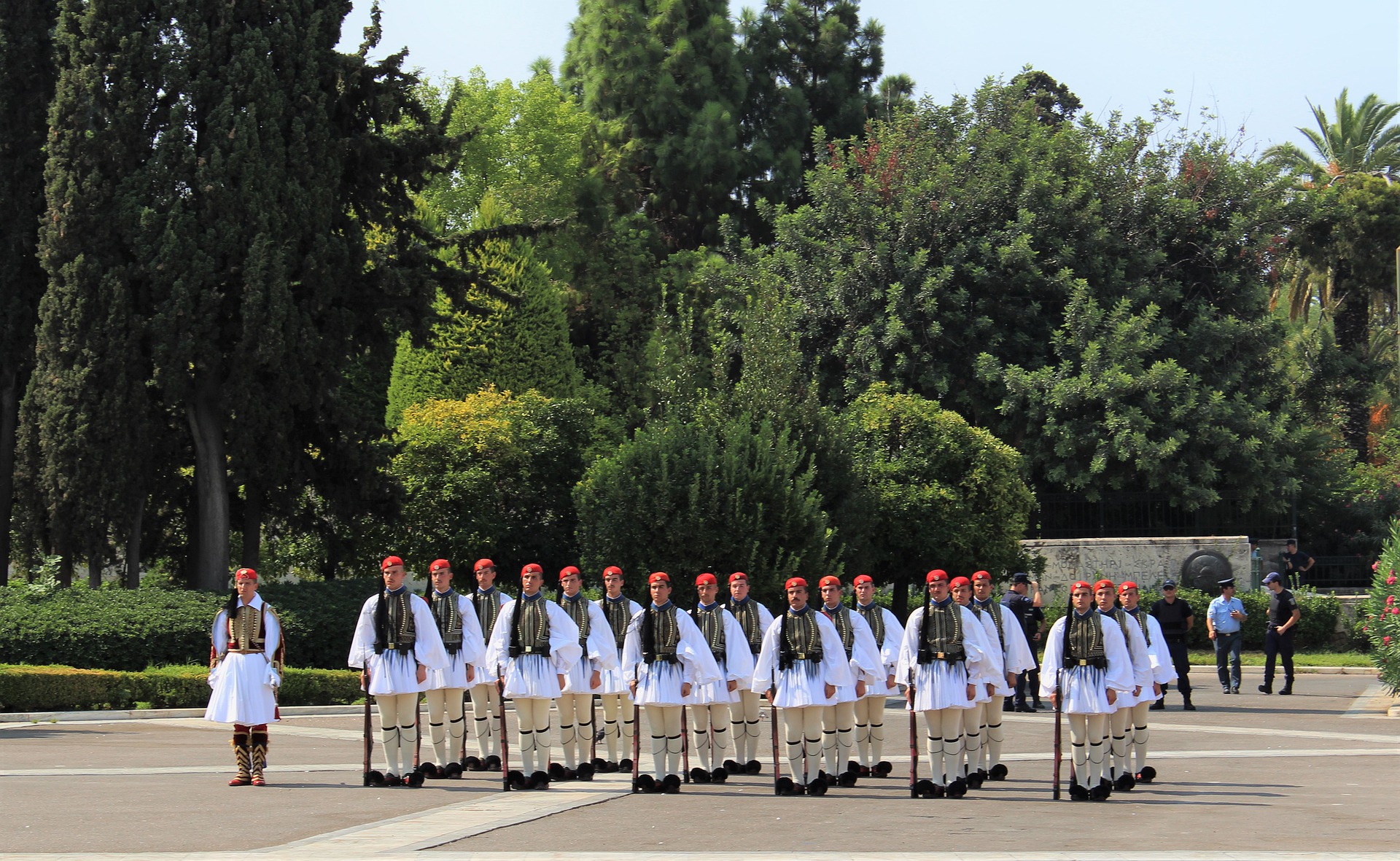 PHERMELI was established  to preserve the historical memories of Greece and forward its customs and traditions.  In this context, the Evzones embody the Greek ideals and spirit of  freedom.

Every nation carries across the centuries its history, traditions and all the particulars affecting its evolution and struggles. All these elements are represented in national symbols, which activate associations and awaken the collective memory creating ethnic pride.

Greece is a small country with a rich history and inspirational contribution to the birth of universal ideals. Since antiquity, every city-state passed down its symbols to future generations ultimately creating the Greek Cultural Heritage renowned for its far reaching influence over the centuries.

Throughout its history, Greece and the Greeks have shown bravery and heroism in defending its right to autonomy. The most significant struggle, which, even today, deeply moves the Greek people, is rooted in modern history; the fight for establishing the modern Greek State, as well as its present borders.

However, all must agree, that one symbol, above all, represents the bravery and heroism of the Greeks in that turbulent period of history: the Evzones, whose spectacular uniform reflects their historic achievements in the fight for freedom. With their dynamic presence, they represent the legacy of a purely Greek value system

Our purpose is, to inspire the next generation of Greeks with the same traditional ideals upheld by the Evzones over the centuries; to contribute to the revival of customs and reinforce popular culture, which is expressed throughout Greece in the authenticity of diverse local traditions.

To give our members and our society food for thought.

The Farion. Cap made of red felt. It is decorated with a long, black, silk tassel, whose shape is believed to symbolize Christ’s tear at the Crucifixion.

The Ypodetes. Extremely wide-sleeved, white shirt.  White dominates the uniform and is considered to symbolize the purity of national struggles.

The Phermeli. The vest worn by the Evzones. Hand embroidered, the Phermeli is the most intricate part of the entire costume taking seven months to complete. Made of woolen fabric, the back is adorned, from shoulder to waist, with various embroidered folk designs in white and gilt thread. In between, the Greek letters, X and O, are considered to correspond with the words Christian and Orthodox.

The Fustanella. Considered as the evolution of the Archaic cloak, with 400 pleats considered to symbolize the 400 years of the Turkish occupation.

The Stockings. White, woolen stockings support the Evzone’s back under the skirt with inside garter.

The Garters.  Made from black silk.

The Tsarouchi.  Red, leather clog with black  pompoms. Each of the soles has about 60 nails in the sole to prevent slipping.