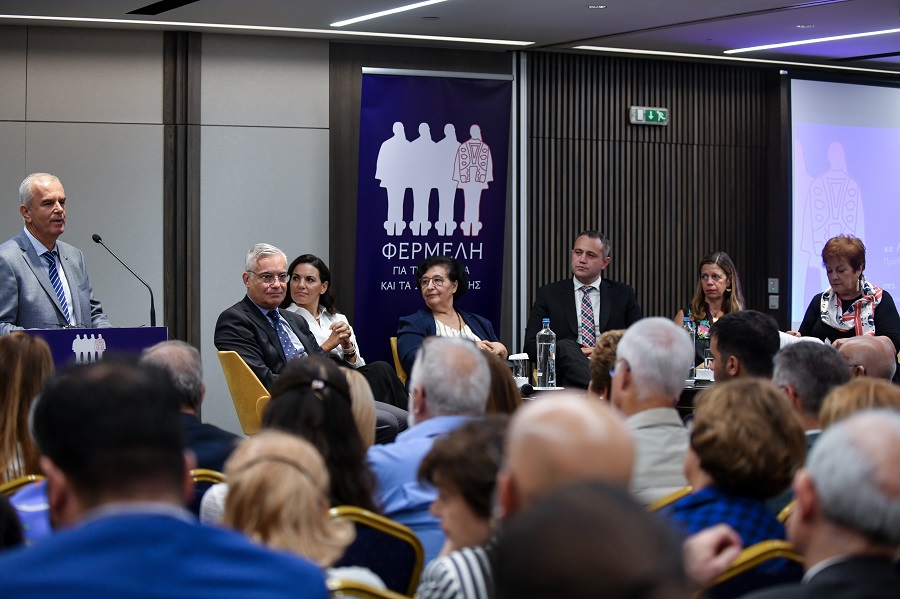 The inauguration ceremony of PHERMELI was held on October 3, 2019, at NJV Athens Plaza Hotel. Host of the impressive event to introduce PHERMELI, a newly-established civic Association created to forward Greek tradition, especially, the Evzones, was noted journalist Nikos Vatopoulos.

Each speaker shared valuable insight into the Evzones as a symbol of historical heroism and today’s ceremonial role as Presidential Guards of the Unknown Soldier.

President of PHERMELI, Lisa Pentheroudaki, a highly-regarded visual artist, presented ,in detail, the Association’s goals and activities. A priority among PHERMELI’s main goals is the provision of a scholarship granted by the Association and dedicated to the memory of 24 year old Ezvone, Spyros Thomas, who passed away on February 22, 2019, a few hours after his duty watch.

To honor Thomas’ memory, PHERMELI will financially grant a scholarship to a postgraduate student toward writing a master’s thesis on the history of the Evzones and the Greek origin of their uniform.

The event was attended by the representative of the Presidency of the Hellenic Republic, Sophia Hiniadou-Kampani, the deputy mayor of Athens, Eleftherios Skiadas, as well as the father of the deceased Evzone, Mr. Christos Thomas, and persons from the fields of Arts and Culture.